“As a Western Society, we have evolved a preference, if not demand for, “a pill for all ills.” The only requirement that patients find. 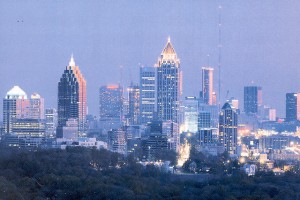 acceptable is that they have to take their medication on a schedule.

I had a Russian grandfather who spoke little English, but he certainly knew what was required. He went to the doctor, was given 10 days of an antibiotic which my grandpa would then take all at once with a glass of milk. He, not unexpectedly, would become nauseous, and his infection would not respond to this manner of self-medication.

I would ask him why he did not take the medication as directed. He would reply: “Listen, this is mine body…what he know about mine body…he give it me pills…so I take it pills…don’t have it the time to take every day…do you build a house three time day? No, you build all at once.”

My grandfather was not open to negotiations.

Neither are many patients.

They present after injury with a ruined financial picture, deteriorated relationships, perceive that their future is nonexistent, their body will not be the same and that no one understands their plight. They want a pill.

Unfortunately, they can get that pill. They go see someone who spends a few moments with them, gives them three prescriptions, and tells them to return in two weeks. When they return they complain of dry mouth, dizziness, stomach distress and drowsiness.

They are again asked very little about their life, but the medication may be changed according to reported side effects. Ten minutes later, they are out the door with another handful of prescriptions.

At some point, the medicine cabinet begins to take on the appearance of a dumpster needing the attention of Waste Management, and the pharmacist has begun calling them by first name.

They ignore the druggist’s comment “Really? He wants you to take all of this?” The patient’s replies “hey, he’s the doctor, what do I know?”

A counter question should be “what does the doctor know?” In this case, did the doctor know of the circumstances of the patient’s injury, the fact that surgery has been recommended but not approved, that he/she has begun living with in-laws and that his kids come home and find him on the couch watching TV…where they had left him that morning?

Is the doctor aware of the patient’s feelings of worthlessness, meaninglessness and sense of the futility of life?

Does he know with certainty the medications that are being prescribed by other physicians?

Before the days of poly-pharmacy, problems were things that had to be worked-out. Your sour mood, poor frustration tolerance, feelings of agitation, and lack of purpose in life were your own responsibility. Work them out alone or go talk to someone.

Today, even if you are fortunate enough to go talk to someone, and can overcome your resistance to doing so, you are often given a formula to address your problems, a technique, a gambit, or an exercise. “Getting to the bottom of things‚Äù is apparently not time efficient.

Not unexpectedly, when a worker is injured, and the expected chain of consequent events unfold, the first, and often only, approach taken is to attempt to medicate this away.

Medication can be a helpful adjunct to dealing with depression and anxiety. With the current state of the art, it is not a cure.

Alienation arising from the post injury role of isolation individual. A serious injury is a uniquely frightening and anxiety-provoking …
Read Blog Post

Protect the Professional “…and it’s a job that is burning me out…” Two psychologists, one old …
Read Blog Post 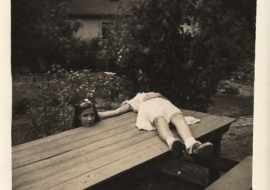 Unmet Expectations:  “He feels that surgery did not go as planned, that the outcome was poor, yet we have the surgical …
Read Blog Post