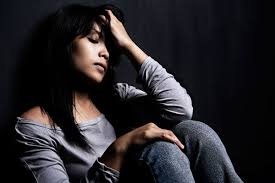 The very nature of an injury, and the ensuing course of care, often does not inspire the patient’s confidence. Aside from those injuries that are transparently severe, many injuries are, from the onset, minimized. Setting aside those employers who ask the worker not to report the injury, or those companies in which the injury is treated by on-site first aid, most patients are sent to urgent care clinics.

Care at urgent care clinics is designed to be brief and complaint-resolving. Early diagnostic studies may be nonrevealing, and since most injuries do resolve without complications, patients are often reassured that this is a “bruise”, “strain” or “sprain.” They most often return to work.

If the injury requires more than brief care, there is an administrative process to follow before more complete diagnostic studies are obtained. Even then, if the studies do not immediately confirm the severity of the patient’s subjective complaints, s/he may be returned to work with additional conservative care.

After what may be several months, the patient may then see a specialist who confirms the existence of true pathology but again may recommend conservative care. If complaints still do not resolve, there may be a series of IMEs from both the insurer and/or plaintiff‚Äôs counsel, until someone is found who feels surgery is indicated.

The patient feels his/her complaints are vindicated by someone saying that surgery is needed. While most individuals would view the recommendation for surgery as a negative/frightening proposition, the injured worker, by this stage, feels that surgery is a long awaited confirmation of complaints and an assurance of a resolution.

The surgeon is seen as the only one who appreciates the severity of the injury, and all others: employer, insurer and past physicians, seem indifferent and abandoning.

If pain is a subjective complaint, then the advocacy of a doctor is just as subjective since it may be based upon little more than someone offering a service that others have refused to do.

Lines are drawn, and sides are taken. The patient’s thinking may become irrationally fixed, and decision-making has become emotional.

Any attempt to introduce objectivity is met with resistance. Any attempt to block surgery is seen by the patient as little more than cost-containment.

A further complication occurs when/if the surgery is unsuccessful. The patient either is told, or derives, that the surgery was only unsuccessful because those opposing surgery delayed it for too long.

This line of thought and conflict is rarely addressed in the course of care for a work-related injury.

Dividing individuals into “good guys” and “bad guys” can be effectively addressed by a professional who has no vested interest in the surgical conflict. Showing the patient how this irrational thinking has developed can transform a confused and combative injured worker into a more effective participant in the treatment and recovery process. 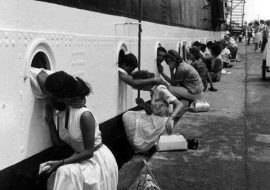 Fear: There are many factors that create alarm among injured workers, but the final concern may create the greatest psychological …
Read Blog Post

Personality disorder is the current terminology for what we once called character pathology. A personality is the sum total …
Read Blog Post 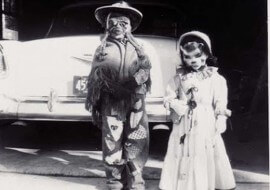