Why would someone complete high school and college, and go through a series of hurdles to eventually establish a profession or business? Along the way, great amounts of time, money, anxiety, uncertainty, and deference to authority is demanded. Gratification is delayed, and physical appeal, strength, and talents unrelated to the ultimate goal are considered irrelevant. Acquiring objects, being able to travel, managing your own time is most often deferred for many years. From the point at which you enter your profession or business, assuming you are not then in massive educational debt, you begin building the material world that many others of your age have had for years.

What others? Those who set aside education as unessential, those who have a changing daily environment, who can be flexible in the number of hours, locations and even tasks they perform. For a decade before you were able to enter your business or profession, these individuals were generating appreciable income, displaying their material wealth and building an image that they believed to be their goal. You may envy their car; they do not envy your student loans.

Those who are laying concrete, hanging sheet rock, driving a `dozer, operating a forklift or moving heavy inventory may have seasonal work. They are readily replaced by others who have equal skill.

And when they are injured at work, all of their independence and authoriy vanishes immediately. They have no backup plan, financial reserve or a business or profession in which they are seen as crucial or even important. They note that their employer rapidly replaces them, that coworkers are busy and that they have no credentials for which there is an immediate demand.

It was a thin and fragile empire that they ruled.

All that remains when it comes tumbling down is their desperate clinking for signs of respect. They are shuttled between providers and procedures. Their former status is not obvious to those treating them. Once valuing their mobility and independence, they now travel long distances and sit in waiting rooms. They bargain for understanding of the implications of their injury and arbitrate for the medications to control their pain while knowing that such medication or alternatives are in their very neighborhood.

They puff, strut and swagger, pretending that they still have the role which, in fact, may be forever lost. 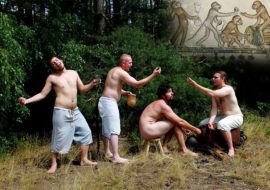 “Burnout” was a term created by the late Dr. Herb Freudenberger in 1974 to describe the decrease in quality of …
Read Blog Post

Depression can be triggered by life stressors including pain or loss. Depression is not an emotional condition. Depression …
Read Blog Post

While it is common for individuals to seek privacy in order to sort out problems, work on tasks or simply relax, it is uncommon …
Read Blog Post