Depressed: One in 11 teens develop depression. The illness is twice as common in women (but that may be solely due to women being more likely to seek care). While depression can develop at any age, it is often first seen in late teens or early 20s.

Difficult life events such as a death, divorce, job loss, injury or other serious health problems are expected to result in sadness. But these events, in some individuals, trigger a major depressive episode and are seen when the response to the life event becomes symptoms that last most of the day, every day, and the individual cannot be distracted for even short periods of time by pleasant experiences.

In the elderly, what we quickly label as senility and dementia is quite often a presentation of depression. Since depression has a gradual onset, it is harder to identify than a sudden illness where all symptoms present concurrently. Also among the elderly, symptoms of depression may be hidden in vague physical complaints.

Depression may begin as a lack of energy, increase in irritability, lack of ability to concentrate, lack of interest in once pleasurable activities, change in sleep pattern and weight change. We miss the diagnosis in males because men are less likely to talk about their feelings. And men, more than women, are not likely to express the depression as sadness. Instead, they are angry, restless and lash out. Men feel it is not culturally sanctioned to “whine,” to be (depleted of engery) seen as “lazy” or to be seen as self-pitying.

To cope with depression, men may engage in reckless behaviors including, but not limited to, substance abuse.

While moderate exercise has been shown to reduce the symptoms of depression, compulsive and relentless work hours may actually be a symptom of depression. Since there is a genetic component to depression, looking for relatives with confirmed diagnoses of depression can enable an individual to watch for symptoms and signs within themselves.

With regard to treatment, in a National Institute of Mental Health study, three-quarters of depressed individuals became symptom-free when given a combination of medication and psychological care. Antidepressant medications are effective, are not addictive, and are not something necessarily needed for years.

Following illness or injury, the patient’s helplessness and perception of hopelessness, can trigger a major depressive episode. Depression then complicates not only the illness or injury but also pre-existing health problems.

For example, a good number of our injured workers are diabetic. In a study of women over 54 years of age, there was a 35% increase in the risk (all causes) of death for those with diabetes. The risk of death is 44% for those with depression. And the risk is double for those with both conditions when compared to agemates with neither condition.

Diabetes, diabetic treatment compliance and diabetic risk factors such as diet, exercise and obesity, are quite often amplified. 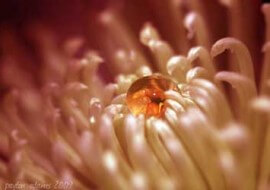