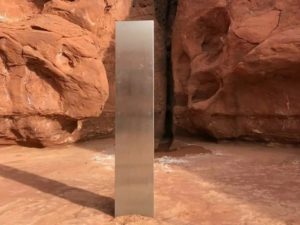 It is questionable to increase the effects of pain medication or to serve as a substitute for them, via the use alcohol and marijuana to self-medicate. Alcohol brings on its own series of problems, and the chronic pain patient may drink throughout the day, complicating the effects of one or more of medications prescribed.

Marijuana is a much more complicated issue. For pain, nausea, inflammation, sleep and anxiety, it can reduce the patient’s suffering. However, it is not legal, and in most states, it cannot be prescribed.

I have a patient with a severe knee injury. She had been prescribed a series of opiates (hyrdrocodone, oxycontin, etc) which have a moderate impact upon her pain. The medications also make her agitated, irritable and disrupt her sleep. She is often so sleep deprived as to be totally dysfunctional during the day.

She decided to stop taking the prescribed narcotics at bedtime and to use marijuana instead. While still questionable, she slept better, was less impatient and demanding of family, and was coping better with her pain.

She was also breaking the law in her state, and for that reason, she reluctantly stopped using marijuana and relied again solely upon her prescribed narcotics.

Very brief history: Marijuana (cannabis) has been found in the 2700 year old tomb of a Chinese shaman. It was introduced into Western medicaine in the 1840s by a physician and was used by Queen Victoria. By the early 1900s, it was among the pharmaceuticals manufactured in the U.S. for its pain, sedative and anti-inflammatory properties.

The Federal Narcotics Bureau pushed through a taxation on marijuana in 1937, and it was removed from the pharmaceutical industry in 1942. In 1970, the Controlled Substance Act classified marijuana as a Schedule 1 drug and stated that it had no medical use.

There are over 70 components (called cannabinoids) in the marijuana plant. Components have potent anti-inflammatory effects, improve circulation, and reduce nausea and pain. The components of the marijuana plant often act in combination, a synthetic recreation that has sometimes been questionable and not been successfully replicated, which is why Chinese medicine prefer the use of the whole plant.

In 1999, the Institute of Medicine report stated that it was useful for anorexia, nausea and pain. And about every 10 years, our government investigates the use of marijuana in medicine.

As we begin to understand the impact of components of marijuana, we have investigated its impact on appetite control, muscle control, pain, pressure within the eye, cognitive functioning, regulation of temperature and nausea. It has been studied in diabetic pain, HIV pain, and it has been shown that marijunana increass the effect of narcotic analgesia without increasing the dosage of the narcotic.

We cannot control how, when or if our patients use marijuana. But some patients will continue to use it as a coping mechanism for glaucoma, chronic pain, cancer and other disorders.

Alcohol is referred to as _an addiction of choice,_ in that it is a behavior chosen by an injured worker or disabled individual. …
Read Blog Post

In my experience, children are an appreciable, and unfortunately, often negative factor in the recovery of injured workers. …
Read Blog Post 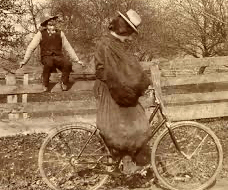 “Treatment Boundaries and Limitations” “When a private patient is referred, the limitation on the number of visits …
Read Blog Post