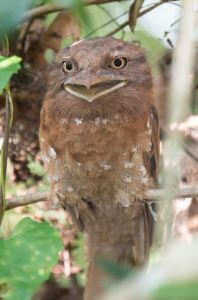 Psychopaths:   Going to your pain doctor for narcotics which you then sell on the street or working while receiving disability payments would seem to be a deficit in knowing right from wrong. It would seem to be a problem with emotional processing. However, recent findings suggest that this is not what is occurring.

What we once called psychopath is now called anti-social personality (acting against society). We have long believed that psychopath, and generally fail to distinguish moral from conventional violations.”

(But new research) results force a rejection…that emotional processes are causally necessary for judgments of moral dilemmas, suggesting instead that psychopaths understand the distinction between right and wrong, but do not care about such knowledge, or the consequences that ensue from their morally inappropriate behavior.

The behavior of psychopaths is, without doubt, morally inappropriate, including murder, molestation, fraud, and arson. Further, clinical analyses show that they present abnormal emotional profiles, as well as problems with inhibitory control, often leading to both reactive and instrumental aggression.

For example, unlike healthy adults, adult “psychopaths” will typically judge as equally forbidden transgressions in which a person wears pijamas to a restaurant (conventional) and a person who gratuitously hits a waiter in the restaurant (moral). “Psychopaths” also show diminished inhibitory control, a deficit that may contribute to their impulsive behavior, especially in the context of violence.

Because psychopaths know what is right or wrong, and simply don’t care, this could have bearing on court decisions concerning the nature of moral knowledge since the ability to know right from wrong is often used as a  legal defense.

Quite a few injured workers mention their lost libido or inability to perform and similar concerns. They want to blame it …
Read Blog Post

In my experience, children are an appreciable, and unfortunately, often negative factor in the recovery of injured workers. …
Read Blog Post