Two very important findings emerge when a male is injured at work. This shows in both personality testing and in vocational-interest testing:
a. Their personality profile is invariably that of traditional masculinity with very restricted range of interest, activities and ideas. There is simply not a broad interest base.
b. In vocational testing, the careers to which they are matched are quite often as a corrections officer, forest ranger, heavy equipment operator or in the building trades.

This combination creates a picture of a man who has rejected working within the confines of an office. It is a man who feels that he needs to be continually mobile, working with his body and only secondarily with his mind. He enjoys manual pursuits because they are quantifiable, and they do not rely upon academic education which he finds uninteresting, threatening and, therefore, ungratifying.

Since the permanent restrictions that arise from his injury do not permit him to return to the work which he performed at the time he was hurt, his mind finds no occupational field to which to direct himself.

When confronted by the family with “what are you going to do now?” He is at a loss for a direction. He had many aspects of work-life that he did not wish to involve himself. Clerical work, sale of services, or management of personnel were not only of no interest but actually were felt by the man to be distasteful, boring and often threatening.

It has been several years since he was injured. His wife wants him to consider a vocational school. She feels that this is a time in his life when he needs a stable and consistent career path. However, the same reasons he avoided those in the past are equally as true today. Very little of that holds interest or appeal for him.

He knows the trades which he can perform. He knows the hobbies he enjoys. He does not know how to generate money outside of these boundaries and never anticipated that this would be something he would have to consider.

Three factors emerge:
a. He feels helpless, yet embarrassed and emasculated. As a result, he is reactively depressed and anxious.
b. As a “traditional” male, he does not directly express the fear and depression but, instead, expresses anger, frustration and resentment that he has been placed in this situation.
c. To resolve this inability to move forward, the patient begins to retreat. He clings to his physical complaints to validate that his helplessness is beyond his control

There is a more than a degree of tragedy in the concept that at ~forty years of age, this robust forklift operator now believes that taxidermy, small engine repair or gunsmithing will be able to sustain his family and him for the years ahead. 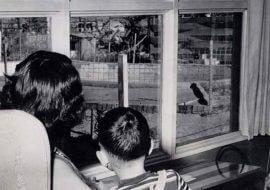 The concern is “treatment resistance” mental disorder. In the scientific literature, there has been a 25 fold …
Read Blog Post

If you have someone who is fully recovered, who seems to be honest, but who passively blocks all efforts to return him to …
Read Blog Post 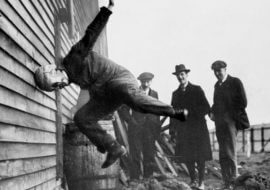