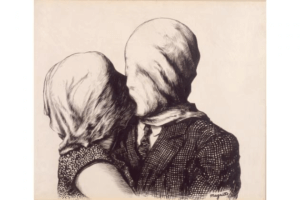 For any lost time injury, the probable impact of changes in the marriage and intimacy upon the course of rehabilitation needs to be closely investigated.

Shortly after injury, they are mobilizing, talking to coworkers and their employers about a speedy return. But depending upon the extent of injury, pessimism then begins to set in, and they increasingly realize that a return to work will not be speedy. Soon they begin to fear that it may not occur at all.

With few exceptions, male injured workers feel that relying upon their wives for financial survival of the family is an emasculating experience. Those men, whose income was based upon one or concurrent manual labor positions, now remain at home, attending doctor visits and going to various therapies. They saw themselves as robust fellows, using their hands in good, honest labor. They will tell you that they “never could work behind a desk or in a small office.”

An insidious process sets in: The patient ceases to spend the day in any productive fasion. Delays in authorization for aspects of care support an excuse to remain in bed, to let hygiene suffer and to become rapidly deconditioned.

Health habits suffer, smoking increases, alcohol intake increases, recreational drugs are often used to supplement pain medications, and weight gain places demands upon an already damaged body. They feel household chores are not masculine and that children make too much noise. They allow their wives to work as well as come home and cover household and chuildrearing responsibilities. Then they look for signs of the wife’s resentment.

This pattern then extends to the tapering and then cessation of marital intimacy. There is nothing enticing about either his physical appearance or their emotional lives, and she has no energy or even thought for his damaged male ego.

The injured husband, in turn, interprets her lack of physical interest as a sign of his decreased masculinity. He is suspicious that her interests are now invested in others. Rather than discuss and resolve what is occurring, he becomes irritable, withdrawn and petulant. She, in turn, becomes impatient and more fatigued.

The problem we confront is that eroded marriages become an unspoken source of decreased investment by the injured worker in his own rehabilitative process.

The lack of marital intimacy can be a root cause as well as source of an injured worker’s lack of response to injury care. We do not know that any of this is occurring until the patient is directly asked the right questions. For even if treatment of marital problems is not the provence of workers’ compensation, knowing that problems exist is integral to moving the patient closer to recovery.

An orthopedic injury does not change someone from a normally functioning adult into a gross disturbed patient with delusions, …
Read Blog Post