Major Depressive Disorder is diagnosed after two weeks or more of a major depressive episode in which there is not only depressed mood, but diminished interest, weight loss, sleep disturbances, feels of worthlessness or guilt, loss of libido and thoughts about death. The individual often feels fatigued, headaches are quite common as are stomach complaints and chest pain in some. There are problems with concentration, decision making and recent memory in many patients.

In anyone with these symptoms, it is important to rule out medical problems that create similar symptoms or the impact of both illicit and prescription drugs.

In any given year, >6% of the population has symptoms and signs of major depressive disorder with a lifetime prevalence of almost 10% in males and 20% in females.

There is an increased risk (1.5-3 times more likely) of the disorder if you have a 1st degree relative who has major depressive disorder. Approximately one third of the cause is believed to be genetic, but importantly, two-thirds arise from stress and other environmental factors.

Brain activity differs between depressed and non-depressed individuals which is why medication is of benefit for many. Most research indicates that medication and psychotherapy in combination is the best approach to treating the disorder.

Major depressive disorder can be a recurrent problem for many individuals.

There are some psychological disorders that possibly could result in a PPD. Posttraumatic stress disorder, organic brain …
Read Blog Post 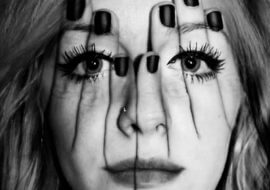 Suitability: There are cases in which the patient is depressed but does not want treatment. Being lost in the health care …
Read Blog Post