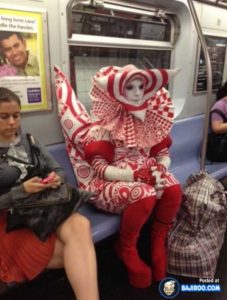 Comorbidity (co-existing) conditions are not uncommon with PTSD and frequently include depression and other clinical disorders. The oppressive symptoms of PTSD feel inescapable to the patient who may self-medicates with alcohol or other drugs which they secure from doctors or from the street.

The co-occurrence of PTSD and substance use is a major public health concern. It is very easy, and somewhat naive, to believe that a patient with PTSD knows immediately how to curb the intake of drugs and alcohol. The patient sees these agents as temporarily lowering apprehension, anticipation, fear, worry and alarm. Doctors become reluctant to address the PTSD symptoms, fearing they will increase the anxiety and, thereby, the substance abuse. Conversely, others fear that if they address the substance abuse, then the patient has no viable means to combat the symptoms of the PTSD. Both positions are inaccurate. The reality is that the addictive behaviors and the anxiety behaviors must be addressed at the same time.

Research indicates that a specialized trauma-focused intervention that uses cognitive behavioral therapy to reduce the severity of posttraumatic stress disorder (PTSD) symptoms also decreases substance use in some female heavy users of alcohol or drugs. There is evidence that if you treat the PTSD first, you may have benefits in substance use outcomes, but there is no evidence to suggest the reverse, that if you only treat the substance use you will then get benefit on the reduction of PTSD symptoms.

The trauma-focused intervention used was “Seeking Safety,” a treatment approach that includes basic education on the comorbidity of substance use disorders and PTSD, skill building to prevent drug use and manage PTSD symptoms, and cognitive restructuring with attention to maladaptive thoughts linked to substance use and trauma symptoms. The Seeking Safety program is not a trauma processing therapy. Instead, it aims to teach patients skills for managing symptoms. It is not the type of therapy where you try to uncover the trauma and have people talk about their trauma experiences or trauma narrative.

Very often these patients get turned away and told to ‘clean up your addictions and then come back and see us. This tells us that we need to treat both at the same time and focus on treating the underlying PTSD.”

While alcoholism and non-prescribed drug addiction may not be part of customary treatment, not addressing these issues means never managing the symptoms of comorbidity of PTSD, and parenthetically, never resolving the physical complaint. 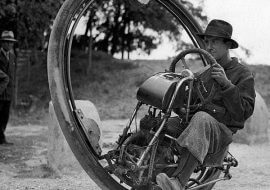 Amotivational:”This is an all too familiar dilemma and is best represented by a recent patient: He sustained a non-surgical …
Read Blog Post

When psychological issues arise or abound, the person who should recognize these factors is the authorized treating physician. …
Read Blog Post

An injured worker can be able to return to work and also need care. If they are released to return-to-work, they may not …
Read Blog Post