“For greater than 30 years, there have been impaired physician programs. But would a physician report a colleague who is impaired? Greater than half of surveyed physicians say that they have an ethical obligation to do so. Dishearteningly, most feel that they would approach their colleague privately rather than make a formal complaint to the State licensing board.

What type of impairments are commonly seen? While there are multiple categories of impairment, the three that are most frequently addressed are:
a. Physicians with mental (including addictive disorders),
b. Physicians with severe personality pathology whose behavior impedes appropriate care, and
c. Physicians who are incompetent and lack the fundamental knowledge and skills to practice.
Obviously, there is a degree of overlap among these categories, and by far, the area with which we are most familiar is the physician who is abusing controlled substance. While attempts are made to restrict a physician’s access to narcotics, the destructively creative mind will find a means to secure his/her drug supply.

Not infrequently, the drug abuse is an attempt at self-medicating underlying problems such as mood disorder, not only major depressive disorder but bipolar disorder. The aggressive drive that enables a physician to take on practice, teaching and research projects, working well into the night, may be a reflection of a mood disorder rather than ambition per se.

Incompetent physicians while easier to detect, especially by colleagues or staff, can often elude the detection by their patients who remain largely uncritical while the thier doctors stumbles down blind diagnostic and treatment alleys. The patient is more often prone to silently seek a new doctor than to question whether their current doctor is incompetent to practice. As a patient would say, “who am I to judge?” And as staff would say, “this could cost me my job.”

Perhaps the most problematic is the physician with characterological (i.e. personality) disorder. The doctor may be sarcastic, hostile, and demeaning. He may cling to the belief that no one dare pass judgment upon him, and for the most part, he is correct. Colleagues will try to keep their distance. Office staff will turn over. And, once again, patients are inordinately acceptant of even this form of abuse.

As a rule, if you suspect that the physician with whom you are consulting is impaired, always realize that there are reporting options and know that effective patient care is improbable in any of the aforementioned areas of impairment.” 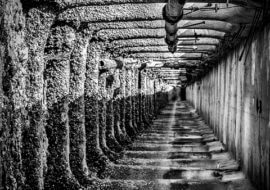 We see a patient in desperation. There comes a time when a surgeon has nothing further to offer a patient. However, there …
Read Blog Post

What The Patient Does