Home » Dr. David B. Adams – Psychological Blog » Disability & The Family » The Marriage of the Injured Worker

The Marriage of the Injured Worker

With some exception, such as abusive or unfaithful husbands, wives are initially, uniformly supportive after an injury.

They move through the stages of shock and disbelief to marked concern and then, if recovery is not imminent, to depressed mood.

Many wives of injured workers, however, thereafter become frustrated and angry. The wife either has have to return to work or to extend her work hours in order to cover bills. She returns home to find that her injured husband has been in too much pain, not only to perform even minor chores but even to clean up in back of himself.

She is not used to having him around. Aside from shared expenses and uneven responsibility for the children, the marriage may have evolved into finding enjoyment chiefly through social gatherings with fiends. Now, he does not feel up to such interactions, and he has become this depressive burden around which the household must organize itself.

More importantly, he has become bored, irritable, impatient, often demanding and loathe to express appreciation. He may express guilt and remorse after verbally lashing out at the wife and the kids, but he does little to involve himself in a household routine or future planning. The entire family bears witness to their financial decline.

Despite his wife’s efforts, he finds a means of blaming her for not being at home when bill collectors call. And if she is at home for such calls, he then blames her for not trying to find additional funds to fill the financial void. To him, the kids are suddenly a source of annoyance, unwanted responsibility and he reflects upon what they are missing as a result of his injury rather than finding even modest things such as sedentary activities or assisting them with homework.

Affection, both physical and verbal, has become almost nonexistent, yet he is certain that she is either now interested in other men and/or feels that he is no longer filling his needs. It does not, at any level, occur to him that a sour mood, lack of hygiene and weight gain has contributed to problems in this area.

Sadly lacking in the management of injured workers is the addressing of how the injury erodes the family and how the eroded family contributes to the patient’s decreasing motivation to struggle against his limitations.

There is a central problem for all patients in pain,regardless of the cause of the pain. The treating clinician must be certain …
Read Blog Post 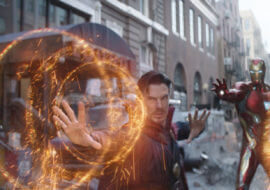 Frequency: Depression can be an emotional response to chronic back pain and major (clinical) depressive disorder is the most …
Read Blog Post