The Psychodiagnostic Process November 12, 2012 By Dr. David B. Adams 0 Comments

What Examination Tells Us 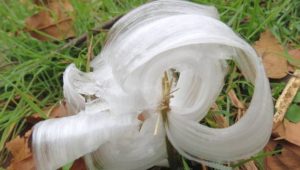 The clinical examination determines the patient developmental, health, and occupational histories as well as perceptions of this injury including care. The objective diagnostic exam is entirely different.

Examination determines the patient’s intellectual functioning; essentially, are they intellectually capable of understanding their injury and treatment. Measuring their current academic functioning lets us know if they are equipped for tasks outside of the job in which they were injured.

But equally important is the assessment of psychopathology (mental disorder) that describes a mood, anxiety, addictive and/or personality disorder and specifically what behaviors we should anticipate from the patient.

Here is an excerpt from the personality assessment of a woman whose post injury complaints include headaches without objective findings: (for example)
**The personality profile of this patient suggests an intense dependency upon others. Her deflated sense of self-esteem and her expectation of social humiliation constrain her efforts to stand on her own. For years, she has become increasingly pessimistic about her future, broods about the past, and feels resentful toward others and feels sorry for herself.

As a consequence of her feeling trapped by her life circumstances, she will act in a petulant and self-pitying manner. However, her discontent with her life frequently evokes critical, if not humiliating, reactions from others. She cannot act independently because of her pessimism and marked self-doubts. On the other hand, she cannot depend on others because of her mistrust of them.

Importantly, she is preoccupied with physical fears and complaints that are indicative of a somatoform disorder. She is treats her body as an object of repudiation which she views as defective and undesirable. Her physical complaints are a representation of her self-discontent and not due to physical illness or injury.

This woman sees herself as possessing few of the attributes she admires in others, and this awareness interferes with effective behavior, upsetting her capacity to cope with ordinary life tasks. Also salient is her view of herself as weak, fragile, and inadequate to meet life’s tasks. Almost any minor failure can plunge her into a more severe state of disconsolation. A rather innocuous critical remark from those involved in her care may set into motion obsessive worrying and brooding, further intensifying her sense of worthlessness. Even when things are going well, there remains a deep sense of personal inadequacy, a feeling of being deficient in a host of desirable qualities.**

From these diagnostic findings, confirmed by clinical interview and examination, we can expect to see a patient with little self-confidence and abundant mistrust, likely to misinterpret the actions of others and avoid new opportunities for fear of failure. Concurrently, she will focus on her physical symptoms and possibly use them as emotional weapons against both herself and others. 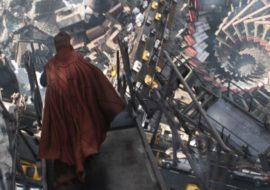 First, obviously you must consider all threats credible. Dangerousness has always been very difficult to predict. However, …
Read Blog Post

There are doctors who refuse referrals of injured workers. They most often claim that workers’ comp patients treat …
Read Blog Post