Post-traumatic stress disorder (PTSD) develops after a terrifying ordeal that may have happened to the person themself, to a loved one, or even a stranger. In the Georgia workers’ compensation system, the event must have happened to the worker him/herself, not merely witnessed, and it must involve some form of bodily contact or damage. However, some employers, sensitive to how emotionally damaging a trauma can be, will authorize care for even those who were witnesses of the event, or who were emotionally, but not physically, traumatized.

PTSD was first brought to public attention in relation to war veterans (called “Shell Shock” after WWII), but it can result from a variety of traumatic incidents, such as mugging, rape, torture, being kidnapped or held captive, child abuse, car accidents, train wrecks, plane crashes, bombings, or natural disasters such as floods or earthquakes.

People with PTSD may startle easily, become emotionally numb (especially in relation to people with whom they used to be close), lose interest in things they used to enjoy, have trouble feeling affectionate, be irritable, become more aggressive, or even become violent.

They avoid situations that remind them of the original incident, and anniversaries of the incident are often very difficult. PTSD symptoms seem to be worse if the event that triggered them was deliberately initiated by another person, as in a mugging or a kidnapping.

Most people with PTSD repeatedly relive the trauma in their thoughts during the day and in nightmares when they sleep. These are called flashbacks. Flashbacks may consist of images, sounds, smells, or feelings, and are often triggered by ordinary occurrences, such as a door slamming or a car backfiring on the street. A person having a flashback may lose touch with reality and believe that the traumatic incident is happening all over again.

Not every traumatized person develops full-blown or even minor PTSD. Some have symptoms for the first month following the trauma, referred to as Acute Stress Disorder. Symptoms of true PTSD usually begin within 3 months of the incident but occasionally emerge years afterward. They must last more than a month to be considered PTSD. The course of the illness varies. Some people recover within 6 months (Acute PTSD), while others have symptoms that last much longer. In some people, the condition becomes “Chronic PTSD.”

PTSD affects about 7.7 million American adults, but it can occur at any age, including childhood. Women are more likely to develop PTSD than men, and there is some evidence that susceptibility to the disorder may run in families.

PTSD is often accompanied by depression, substance abuse, or one or more of the other anxiety disorders (like agoraphobia or panic disorder). Certain kinds of medication and certain kinds of psychotherapy usually treat the symptoms of PTSD very effectively.

What must be cautioned against is applying this diagnosis in the absence of an unusual event. In the past decade, practitioners have increasingly labeled chronic pain or post-surgical events as PTSD. While these events are undoubtedly traumatic, they are not PTSD.

There are four major areas of concern when medicating an injured worker: 1. Is the patient inadequately medicated and, therefore, …
Read Blog Post

How Much Is Too Much‚Äù

Pain centers use numerous medications with a wide variety of side effects. These medications are often added to those which …
Read Blog Post 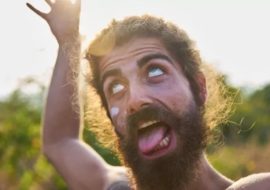 The relationship among stressful life events, our mind and body’s reaction to stress, and the onset of clinical depression …
Read Blog Post