The Psychodiagnostic Process July 5, 2012 By Dr. David B. Adams 0 Comments

The presence of a mental disorder is not synonymous with being disabled. There are individuals with mental retardation, schizophrenia or severe brain disease/injury who are not totally disabled.

18-22% of adult Americans have symptoms and signs of at least one mental disorder and 10% have symptoms of a personality disorder. Those numbers are higher among injured workers since individuals with emotional difficulties and other limitations are more likely to accept jobs that have a higher degree of inherent risk or be unable/unwilling to complete an education that would make them eligible for lower risk jobs.

I believe what you are asking, however, is: “at what point does a mental disorder cross the line into a mental disability?”

The answer is deceptively simple. When a mental or emotional disorder creates an impairment in occupational and/or social functioning, we have moved into the realm of mental disability.

As with physical disorders, there are profound motivational influences on the concept of disability. An individual who wants to work, even with significant limitations, will seek to do so. An individual who does not wish to work will seek every opportunity to avoid doing so.

I was in the checkout line of a store. The cashier recognized me. She lowered her voice and asked me if I would write a statement allowing her to claim mental disability.

She went on to explain that she wanted to claim mental disability “because a friend of mine who is perfectly fine is getting disability, and she even has a law suit going.”

I inquired as to whether she obtained anything from her job other than a salary. She responded that the “job is okay, but if I can stay home and get the same money, why would I want to work.”

I offered that “some people work because the feel a sense of productivity (she shook her head), and I suggested that some work because of the contribution they make to society (she giggled and stated that she doubted that). I noted that some even work because it fills the day, serves as a role model for family and friends and gave a sense of completion to life.

She indicated that I was clueless. 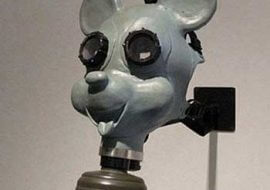