The Psychodiagnostic Process June 28, 2012 By Dr. David B. Adams 0 Comments

Catastrophic status is a legal term, not a medical one. All any clinician can provide in such cases is an assessment of permanent and partial disability

However, the concept of catastrophic status can be very naively applied without considering what this means emotionally to the patient.

That na√£vet√á arises from the assumption that what the patient truly needs is just a permanent disability role and money based upon his/her assuming that role.

Most patients with permanent disabilities do not consider disability income as their top priority. They think of the probable meaninglessness of their own futures, the emptiness of their days and the uselessness to their families.

They think in terms of a futile future which they fear, and they have a sense of the improbability of deriving pleasure from their daily lives.

These are psychological aspects of their role. Financial compensation is a weak alternative to a quality of life that has been lost.

I recently saw a depressed young man who had sustained a substantial neck injury at work. Surgery had been delayed as he walked the gamut of “the system.”

A nurse case manager told him that:

a. his surgeon was incompetent,
b. his current care was inappropriate,
c. his potential to work again was essentially nonexistent and
d. his quality of life would improve once he was awarded catastrophic status

The true catastrophe was his being told these things. They were not, in fact, entirely accurate and only served to fuel his feelings of hopelessness.

Catastrophic status would result in his obtaining social security benefits. This would be of financial assistance to his family. However, the true catastrophe is the emptiness of his life. No one has assisted him in finding a meaningful role in what is now a painfully compromised future. 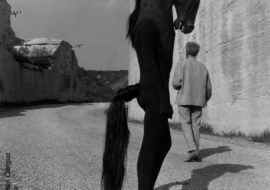 “People who put in long hours at work increase their risk of dying from heart disease and heart attack. In fact, people …
Read Blog Post

The injured worker can be expected to have the full range of personality disorders seen among all people, although there …
Read Blog Post