You are likely most familiar with this from the somatic symptom disorder called “conversion disorder” in which a traumatized individual suddenly goes blind…or deaf…or cannot swallow or has seizures in the absence of a medical reason for those symptoms.

In those cases, the emotions triggered by the trauma are believed to be so great that the body attempts to deal with them through the creation of physical complaints.

In the case of somatic symptoms disorder with primary pain complaints are, for example, those patient’s complaints of back pain do not correspond to what the MRI, CT scan and other studies indicate. These patients continue to believe that they have specific problems although repeatedly reassured that they do not.

In my practice, I see this in patients who tell me that “I have herniated discs pushing on my nerves, they tell me to be careful or I’ll be paralyzed, and I need back surgery which they are blocking.”

Review of the medical records, however, indicate that the patient has moderate, age-related, degenerative disc disease, and there are no indications for surgery.

Why do the patient’s cling to these distorted beliefs in the face of contradictory information? Often it is simply fear; fear that the pain surely is a sign of a greater danger; fear that they will never cope with the pain; fear that they are being lied to; and fear that no one believes their complaints have substance unless surgery is indicated.

It is important to be certain that the patient has a written, brief summary of their findings, their true restrictions, their actual functional abilities and that these data are also shared by family members to insure that family does not inadvertently reinforce a disability role.”

Defining the Limits of Care

There are two types of “inadequate” psychological examinations:a. Biasedb. Incompetent And most bad exams are …
Read Blog Post 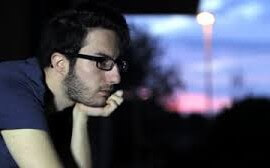 When you realize that major depressive disorder is often missed during the course of routine health care, there needs to …
Read Blog Post