This is a significant problem and complication to much of case management. Quite often the injury has become an opportunity to control a family member. Sometimes the person to be controlled is the patient him/herself by others who may have a host of goals and objectives of which we are largely unaware. However, those hidden agenda are not difficult to anticipate, and fall into six major categories:

a. Where there were marital problems, the injury may serve as a distraction from them, yet the emotions tied to those problems now emerge in the management of the injury and are, thus, excessive.

b. If there were infidelity or problems with intimacy, the injury becomes a means of justifying past misdeeds or current inadequacies.

b. If employment prior to injury had been brief and prior employment inconsistent, a stable weekly check offers financial stability to the family.

c. If there were appreciable and mounting financial problems, the injury erroneously looks like a monetary windfall which will work against the patient mobilizing. And in some cases, a spouse remains only until those financial goals have been realized.

d. Where there were occupational limitations, including lack of education and training, and/or where there was the absence of a career path, the injury becomes a justification to the family for not seeking an functional future goal.

e. The family is likely to be more forgiving of work that is halted by injury even though the true cause was that the job was unclean, unrewarding, filled with interpersonal conflict and physically exhausting.

Using physical complaints to solve specific psychological problems is engrained in us early in life. A stomach ache obviates our need to go to school. A headache or cramps enable us to avoid tasks in which we do not wish to engage. Humans use everything from fatigue to pain to escape life’s demands…and quite often others benefit from those physical complaints. 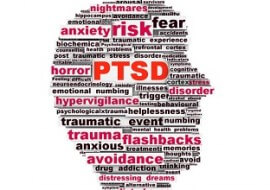 PTSD There are two types of trauma that can lead to PTSD:  Those that involve dangerous/threatening impact with the physical …
Read Blog Post

Depression is a physical condition. Often it is triggered by environmental events (e.g. trauma, loss, etc). There is likely …
Read Blog Post