While you cannot rule out the roles of greed and manipulation, there are far more important matters unfolding as settlement approaches:

The prospect of settlement and what it entails is quite often poorly understood by patient and family. They also do not receive consistent, or sometimes even accurate, information about what it entails, implies for their future and will require from them and others involved in their case.

Many patients are still angry about how the injury occurred, are blameful, spiteful, frustrated and retaliatory. They erroneously believe that their settlement is somehow going to punish their employer or insurer. They believe that others are as deeply emotionally involved as they are and that this final battle is significant in the lives of those whom they believe to be adversaries.

Patients, for a variety of reasons, believe that a workers’ compensation settlement is a windfall, that it will compensate them for all that they feel they have lost and will offset the limitations they will have in the future. Of course, it does not and that later realization is quite devastating.

The poor money management skills that have existed their entire adult lives are now used to manage a lump sum of money, and they are quite often, and very soon, parted with these newly acquired funds. Simply put: it just does not last very long.

For a variety of reasons, they are led to believe that the “monetary value” of their injury is quite high. They receive such inaccurate data from various sources, not the least of which are patients whom they meet in waiting rooms and physical therapies. They will often refer to their settlement as a law suit and feel that it will be as sizeable as other law suits that are reported by the media.

They have not dealt with the true costs of their medication and conceivably recurrent future costs of care which will now come out of pocket. Additionally, once outside the workers’ compensation system, access to some medications may be decidedly limited.

The core issue: their future and that of their family, has not been addressed by them. They do not know what they will do when the settlement money is depleted. The lack of a viable occupational future will continue. And if they have no plans on ever working again, they have not addressed the issues that this will create with the emotional and financial needs of the family.

In the ideal world, the patient reaches (MMI) maximum medical improvement with a Class level of (PPD) Permanent and Partial …
Read Blog Post 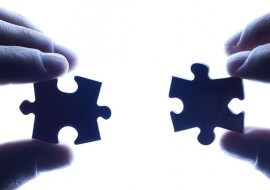 Dependency THE FAMILY: The family should facilitate recovery not dependency, but my experience has been that most often it …
Read Blog Post

Here is a summary of FDA statistics and decisions. “Prescription drug misuse now rivals illicit drug use as a cause …
Read Blog Post