From the standpoint of paying workers_ compensation, the illegal alien status of a worker may be irrelevant. However, it is very relevant to the course and effectiveness of care.

Patients that are in this country illegally move between semi-skilled labor positions, often between States, and in their attempt to avoid detection and deportation, develop a pattern of stealth in their behavior and in their communication. They want to remain below the radar.

Their compromised English skills make them prey to a variety of people, even within the workers’ compensation system, who misdirect them and benefit from their plight. Even well meaning interpreters complicate care in their assumption that they understand what the patient meant to say, rather than strictly translating what was actually stated.

They often live in overcrowded conditions, are dependent upon others for transportation due to lack of a driver_s license, and they may have undisclosed indebtedness to those who are assisting them in integrating into this society.

They have not sought care in the past due to the expense or sometimes due to the paper trail about them that this would create. Thus, they give histories that are fictitious, and as patients, they give inaccurate names, ages and other demographics. They fail to understand the relevance of questions regarding family health and may deny ongoing health problems of their own, including diabetes and hypertension.

They approach health care providers as they would approach law enforcement, most often with hesitation, distrust, evasiveness and dishonesty.

Quite often, they do not understand their diagnosis and treatment, including purpose of procedures, return appointments or even when/how to take their medications. Moreover, they sometimes understand just enough English to be very frightened by what they think they hear.

Then two things can occur:

They find that this regular workers_ compensation income is more stable than day labor
They are told they will get a windfall profit at the time of settlement
From the standpoint of the health care provider, they represent a complex challenge and are concurrently dependent, yet resistant to care. They have all the same problems as other injured workers, compounded by ever-present cultural issues. 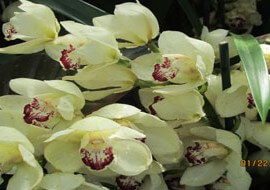