The Faking of Physical Complaints

It is true that those with anti-social personality disorder (Cf. “psychopathic”) are not encumbered by moral values, guilt or remorse. However, while many of those who falsify their symptoms are “psychopathic,” there are others that do so for a wide variety of reasons. It is quite often the desperate need to solve problems by using the injury as a tool to do so.

I recall a patient who was a young minister. He presented as a sincere and moral young man with strict family, moral and ethical values. He had sustained a shoulder injury while working construction and had mild but permanent limitations. He had injury-related pain with mild depression and anxiety.

But he also had a chaotic family situation in which his niece and nephew were being abused, his wife was unfaithful, and there had been severe financial problems for several years. My office referred him to those who could assist him with the problems not related to injury. Both he and his wife complied with these recommendations and reportedly were making excellent progress.

He responded well to treatment related to injury, and as a result, he had less limitations than were initially expected. He was well on his way to return to alternate duty work for the same employer.

Then, one day he arrived, was quite cagey and manipulative. He began to complain of remote, if not absurd, physical and emotional symptoms. He had begun to realize that he could use these contrived complaints and bundle them with the injury to see if he could land a larger settlement. Someone had told him that this was a means to solving his longstanding financial concerns.

This young man was not a “psychopath,” but he did become corrupted by the fantasy of solving all problems in his life by the use of his injury as a tool. 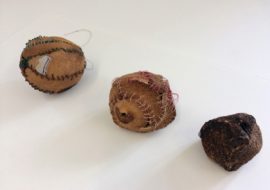 “Three of every 4 nurses said they experienced workplace violence, but only 1 in 6 incidents was formally reported,. …
Read Blog Post

What a Patient is Told

Without doubt, the sole responsibility for pain management resides with the patient. Period. We have a pattern of patients …
Read Blog Post