Allow me to very briefly to break down the three types of depression that one is most likely to see following an injury:

Adjustment Disorder with Depressed Mood _ is a transient problem, lasting several months in which the individual has mild depressive symptoms associated with physical discomfort and loss of productivity.

Dysthymic Disorder (a.k.a. _Dysthymia_) _ was once called depressive neurosis. These are moderate symptoms that span two or more years, wax and wane, and arise from the conflicts that are created within and outside of an injury. Dysthymic Disorder can be exacerbated by injury but quite often there are other issues that are of equal or greater concern.

3. Major Depressive Disorder (or Major Depressive Episode) _ may be a misnomer in that the term _major_ tends to influence how many see this quite common mood disorder. There is a form of the disorder called _early onset_ in which a patient may have a long history of depressive episodes, created by changes in brain chemistry and may be unrelated to external events.

Obviously, it is crucial that we know which form of depression we are witnessing. It would be inappropriate, expensive and quite counterproductive to treat a depressed patient as though the injury was the sole and enduring cause of the mood disorder.

The true purpose of including _exacerbation of pre-existing_ depression among our concerns is that we must return the patient to baseline.
This is critically important because the _baseline_ of patient_s with recurrent major depression and dysthymic disorder may not be the same high level of functioning that characterizes our own life.

In other words, treatment of that part of the depression that is injury related is only meant to return the patient to the point where he/she can then seek care (or return to care) for the other contributing factors that may have existed for many years before injury. 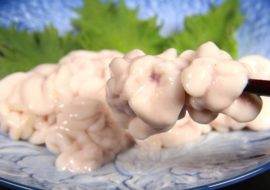 In the case of injured workers, the concept of _expectancy_ is incredibly important_essential. When first injured, they expect …
Read Blog Post