While seasonal variations in depression are well documented; the frequently described and research “seasonal affective disorder (SAD),” in the case of injured workers, there is a more important factor, and it is called The Holiday Season.

Depression commonly occurs among injured workers during this season, but it is not an inevitability. There are ways to mitigate or eliminate its occurrence.

Depression during the holidays is largely a “problem of comparison.” The patients see the festivities in their community, in the media and in the retail markets. They see sales and discounts on attractive items that, in the past, they could have given and received as gifts. They compare themselves unfavorably with family, friends and neighbors who are still able to consider such purchases. They feel a sense of loss and futility.

This is also a time when those responsible for scheduling their appointments, sending their checks and approving their medications and procedures are inordinately busy. Things are not done in a timely fashion.

Beneath the thin veneer of depression is often anger and resentment. It is far easier and often healthier to be angered rather than depressed by ones circumstances. So the physician, nurse case manger and adjustor all become targets of patient anger. Demands for medication increase yet compliance with procedures may decrease.

Neurasthenia is a term that describes the sense of decreased energy that can occur. Anhedonia describes the joylessness that does occur. Together these two response most often send the patient to bed where he/she sleeps poorly or to some area of the home or apartment where they sit nonproductively for hours, days, weeks.

Anticipate that this will occur, that this is a brittle, fragile and vulnerable time. Be more precise in your case management efforts between November and January of each year since this is clearly a period of decreased endurance for the patient.

It is isolating, if not alienating, to be an injured worker. A serious injury is a uniquely frightening and anxiety-provoking …
Read Blog Post 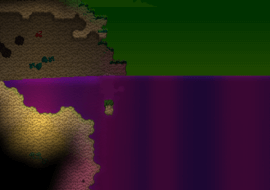 Seeing Oneself as a Victim

The victim: Whether it is failing in school, abusing alcohol, gambling away your savings, engaging in numerous extramarital …
Read Blog Post

There are many assault victims that see their trauma as a uniquely horrible experience that is unlikely to ever occur again. …
Read Blog Post