11 Things You Should Know

Here are eleven things you should know about depression:

1. It is most often diagnosed incorrectly and thus under-diagnosed. The diagnosis of depression is offered by those with some, but often not a great deal, of information about the disorder. There are, for instance:
a. aspects of a patient history (forgetfulness, irritability, early morning awakening, etc) that will reveal depression
b. tests (MMPI/2, etc) that will expose depression
c. spects of history (for example weight loss) which may or may not be a relevant indicator
d. aspects that tests (for example, sleeping too much) fail to measure
The diagnosis of depression is not a casual or quick assessment.

2. Women may be more prone to obsessive worry, and their basic hormonal chemistry may make them more responsive to their life stressors. In either case, women are more than twice as likely as men to suffer from depression.

3. There are many different forms of depression, ranging from situational depression arising from a recent event and often only a transient problem, to a major depressive episode in which the patient may be significantly incapacitated, to depression that is a recurrent problem within a bipolar disorder.

4. Depression is interpreted differently between cultures. White Americans are often more comfortable referring to themselves as “stressed” when they are, in fact, clinically depressed. Hispanic individuals may be more acceptant of the diagnosis of depression but may not use the same terminology. Importantly, there is research that demonstrates that doctors from the same culture as their patients are NOT better at correctly differentiating between anxiety/stress and depression.

5. Medication does not affect all ethnic groups in the same way. Almost half of Asians and blacks metabolize drugs more slowly than do whites due to differences in liver enzymes. They may, as a result, have more adverse side effects to antidepressants without the benefits, and seek to discontinue the drug(s) as a result of these side effects.

7. Patients do not gain weight because of antidepressants but some antidepressants (which raise serotonin levels) do result in increased appetite. Indeed, an unsuccessful approach years ago was to give Elavil to anorexic patients to make them eat. This was foolish on two counts: a. anorexic patients do not starve themselves because they are not hungry. They starve themselves because they irrationally feel that they are fat, and b. making someone hungry does not guarantee that they will eat. The danger in some antidepressants is that the serotonin can make you store more fat and sugar. But, again, weight gain will be determined by how much is taken in and how much exercise occurs.

8. Physical illness and injury can trigger pain and the release of cytokines, which are part of the body’s immune response and can make some patients depressed or even suicidal. A mood disorder can affect the body_s ability to fight an illness. Stress can lead to arterial spasms and heart attacks. Depression is also associated with a poorer prognosis for diseases including stroke, epilepsy, and diabetes.

9. Not everyone should take antidepressants even when depression can be verified. These are not benign drugs. Also, in our society, there is less and less tolerance of having down periods. We run to the pharmacy for every untoward symptom. Very often a person can get through a bad period by simply talking it out with someone whom they feel can help them better understand their options. The danger in the run-to-medication approach to life is that you learn very little about yourself and fail to learn how you contribute to your own problems.

10. Patients given antidepressants do not become suicidal. This concept has been fruitful for those who benefit from lawsuits. In reality, most depressed individuals lack the energy to take their own lives. As they become less depressed, they have more energy, and some will then feel strong enough to make a suicidal decision. What this means is that someone who has been severely depressed may need close monitoring. They may begin to emerge from their depression but see life as futile and feel strong enough to make a decision to end their life. This is another reason why medication alone is a suboptimal way of treating depression.

11. It is estimated that 80% of injured individuals develop some form of depression during the course of their medical care. 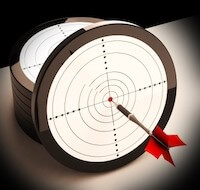 Alexithymic individuals (males more than females) cannot express their feelings verbally. They either act them out (destructively) …
Read Blog Post

It is cheaper for us to just medicate a patient rather than pay for even short term psychotherapy. Is not the prevailing …
Read Blog Post