Control characterizes the life of the compulsive patient. Such individuals, most often male, are very reluctant to relinquish that control to anyone. The prospect of allowing others to make decisions for them results in anxiety and, ultimately, anger. They overcome or prevent anxiety by remaining in control.

Obviously, the workers’ compensation system is a great challenge for such individuals. To a significant extent, the system strips individuals of control. The response of the compulsive patient is then resentment.

That resentment will be displayed by the following:

In turn, passive-aggression is display by noncompliance with prescribed care or simply failing to follow through with care.

And the compulsive/controlling patient also battles with others who are now in control of his life.

You will not change this personality trait; you cannot battle him into submission. So what do you do?

You provide the patient with some semblance of control that does not negatively impact the management of the case. Whenever and wherever possible, you ask for the patient’s input, ask him to schedule his own appointments, encourage him to maintain a journal or list not only of symptoms but of his perceptions positive and negative progress in treatment.

This enables the patient a functional way of experiencing that sense of control without interfering with the care that he needs. In effect, use his need for control to benefit him rather than as a battleground for him. 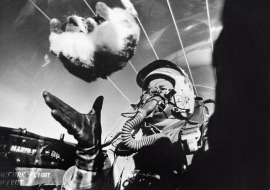 Police: I have consulted to police departments for decades. And the key differences are that police officers see their career …
Read Blog Post