The Psychodiagnostic Process January 10, 2012 By Dr. David B. Adams 0 Comments

There are times when the intrusion of a family member has insidious motives. In some cases, the injured worker was a source of emotional pain and suffering for his family. In a convoluted way, pampering him now may be used by the family to bargain for better behavior from him in the future or even to shame him by comparing their caring behavior to his abusive behavior.

In other cases, the family may be hoping for a windfall financial settlement. Realize that their financial position may create an intense financial need. The concept of “settlement” is very appealing, and they may be being misled to believe that they can influence the amount of that settlement.

A variation on the settlement-theme are those spouses who plan to leave the injured worker and attempt to build the value of the claim/settlement to insure that they can leave the marriage with a large sum of money.

But be aware that, by far, the greatest reason for family intrusion is that they are responding to the helpless, dependent position of the injured worker. That injured family member may, to them, appear lost in a sea of crowded offices, delayed authorization and endless pleas from the patient for emotional support.

In such cases, the overly protective family member will be less of a burden if you say to him: “I really need your help with all of this; so please keep a journal (or list) on the things that you observe.” These data can be helpful to the authorized treating physician and, clearly, this gives the doting family member something productive (and less diffuse) to do with his time. 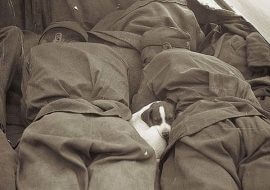