They do listen to a few people; a very select few.

They listen to their spouse, various family members, their friends, a fellow that they met at the convenience store, Oprah, their attorney and almost anyone on the internet.

Unfortunately, the average injured worker does not have education or training that permits them to fully and competently handle the information that is provided them. This is further complicated by the anxiety that arises over their condition, anger that arises over delays in care, and frustration that ensues as many months pass since injury.

We then place them in someone’s waiting room for several hours, shuttle them over for an MRI, tell them they need an invasive procedure that makes minimal sense to them and ask them if they have any questions.

And, indeed, they do.

They ask their wife or husband what they should do. They ask their brother-in-law who had a similar injury even though it was to the knee rather than the back. They ask a guy at the convenience store who wears a cervical collar, turn in Oprah to watch some poor soul tearfully relate the horror stories about their own fusion and then ask their attorney who is the best surgeon.

They receive an abundance of information. Enough information to Google the procedure and read of painful or crippling outcomes. They gain just enough data to be frightened, discouraged and hopeless.

Noting their blank, pale stare through eyes conveying lack of sleep, noting their weight gain from attempting to seek comfort from food, indict them for their narcotic use and are certain they could at least try to do more to help themselves.

The trouble is, aside from “where do you hurt?”, no one seems to ask them much of anything. 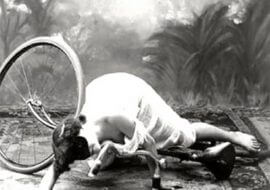 The developmental history of an injured or ill patient is critical for many reasons. 1. If the patient comes from a family …
Read Blog Post