Being angry is, unfortunately, a frequent emotion following injured (another emotion is fear).

Anger is not a mental disorder.

Most injured workers feel that their injury was preventable, that someone was negligent and culpable. They feel that they suffer alone since the person causing the accident is most often unharmed.

This anger plays out in how they respond to their employer, their doctors and their insurer. They feel, sometimes accurately, that their care is delayed and of poor quality. This creates more anger.

They feel that they are demeaned and disparaged by panel physicians. And this makes them even angrier.

Unable, or unwilling, to deal with this, their primary provider then refers them to a psychologist.

The psychologist should be able to differentiate between being angry and having a diagnosable disorder. However, apparently many do not.

The patient is put into psychological treatment. This not only fails to resolve anger but anger is quite often potentiated when the psychologist assures them that they are, indeed, a victim and have every right to be enraged.

This is not treatment. This is a social relationship maintained to the patient’s detriment.

Anger is not a diagnosis; it is merely an accurate description of mood (as would be fear of surgery or sadness over finances).

Anger needs to be detected, reported and the patient encouraged to relinquish the anger and focus more upon recovery and less upon retaliation and bitterness.

If, however, the angry patient is not redirected to resolve this anger, they will be slow to recover (if at all) and soon learn that being petulant, resentful, spiteful and passive-aggressive becomes a lifestyle from which they do not escape.”

A very difficult problem: there is a doctor who diagnoses and treats a questionable post-injury condition. The doctor uses …
Read Blog Post

Often the problems the patient is encountering were set in motion prior to surgery and sometimes prior to injury. We have …
Read Blog Post 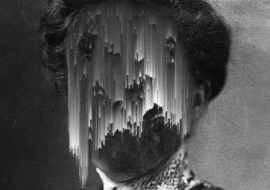 Aggravating a patient whose complaints are minimized, whose care is delayed, and whose benefits are slow in coming, may result …
Read Blog Post