Statistically, _anti-social_ personality accounts for most malingering (the correct term for “faking” an illness or injury).

Anti-social personality is similar to what you have heard called “psychopath.” Such individuals have a disregard for rules, do not learn from mistakes and place their needs before the needs others.

However, quite a few individuals deliberately exaggerate their symptoms because they are angry. They feel that the symptoms (and the costs involved) are punitive to their employer whom they hold responsible for the injury.

Another group falsifies their symptoms in order to establish and maintain a role in the home in which they are coddled, nurtured and indulged. Before injury, they may have been treated poorly by the family. Now with their symptoms and limitations, the family is suddenly caring and supportive. The patients do not want to relinquish this new role.

Finally, there are a small group of individuals who fake their symptoms for a very unusual, unhealthy and complex reason: They know that they currently do not have the symptoms, but they fear that they may someday have the symptoms and need to remain in medical care in case a problem truly occurs. As irrational as this may sound, the patient exaggerates current symptoms so that they will be in care when these symptoms truly do arise. As I said, this is quite unusual thought and behavior.

As can be seem, faking physical symptoms can have a range of goals from drug seeking to financial remuneration.

You may think that the greatest burden is upon you since you are involved in case management. However, the people that pay the greatest price are the sincere and honest patients who have to struggle to have their symptoms believed and accepts.

Obviously, detecting the patients who are faking symptoms is a complex process. Equally obviously such falsification is a true disservice to all involved in their care.” 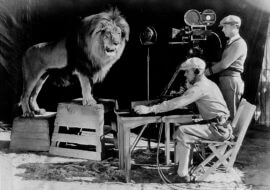 Post-traumatic stress disorder (PTSD) develops after a terrifying ordeal that may have happened to the person themself, to …
Read Blog Post