The Concept of Recovery

Why would someone not be a good surgical candidate and how do you determine this?_

Here is a potential case:

This is a middle-aged man who injured his lumbar spine lifting something at work while rotating at the waist.

This happened twice in one year, but it was only after the second injury that he sought help. The first time, his employer discouraged him from doing so. So he worked in, and became fearful of, pain.

He went through physical therapy was greatly improved but still had some pain.

When asked if he were still in pain, he simply said “yes.” An MRI was ordered and revealed a significant lumbar bulge.

He was recommended to undergo surgery.

So far no problem.

However, this is what was not known:

He was not taking, and did not require, any pain medication.

When he had pain, it lasted only several minutes to a few hours and only occurred a couple of days per week.

He could relieve pain merely my changing position.

Even though his physical therapist felt that they had no more to offer, the patient felt that his pain was reduced by two-thirds when he was in P.T.

His friends and relatives had told him that surgery on the back often/usually results in the need for “two or three more surgeries,” and his “surgeon told me that there are no guarantees._

Add to this “I do not care if it is my back or my tonsils, I am virtually terrified of any and all surgery.”

So ask yourself this: Since this patient functions very well when having brief physical therapy twice a week, and since he does not require medication, and since his pain lasts only several minutes and is most often relieved merely by briefly changing position, is he truly a surgical candidate?….is candidacy determined by MRI or by the individual’s unique pain response?” 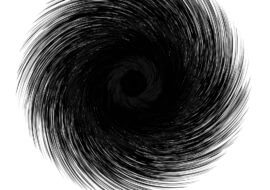 I want to provide you a very concise summary as to what you have learned about events before and after injury, regardless …
Read Blog Post

A patient sustained a significant back injury. This was three years ago. He eventually had surgery, and then they sent him …
Read Blog Post