Invariably, in every case referred, there are significant marital problems.

Unquestionably an injury can take its toll on a marriage.

However, infidelity, spousal abuse and alcoholism may have existed for years.

The injury, for many, serves as a bandaid_or an excuse_for the marital problems as they exist today, even when these problems have existed for many years, and the relationships were either never meant to be or have grown sour with the years.

The injury may be the current focus, but quite often is not the true cause.

Injured individuals bring their marital problems into their surgeon_s office, into physical therapy and into my office.

They see their injury as a way to explain away the problems or a great opportunity to finally address them.

They look forward to office visits, hoping to deal with their marriage rather than their injury. And in some cases, they “need” the injury to buy time to resolve marital issues.

If they have seen someone prior to me, they note that the last person let the marital problems be the sole focus of care. When all else fails, they attempt to convince me that there were no problems prior to the injury, despite frequent separations, bankruptcy, and often the involvement of police in their marriage.

You should be aware that attributing these problems to the injury may help justify numerous past mistakes. And that the concept of a “cash settlement” can be seen as hope for a hopeless marriage.

In all cases, you may find that marital problems are quite often a major reason that injured workers do not return to their job.” 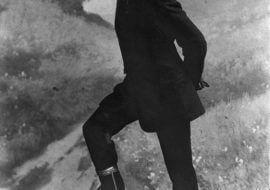 Truth: A patient contacted me with a specific request for pain management. He had read an article on a process to deal with …
Read Blog Post

In the quest to curb costs, the employer often engages in counterproductive actions such as delaying care, inadequate care, …
Read Blog Post