The Psychodiagnostic Process September 21, 2011 By Dr. David B. Adams 0 Comments

The ruling-in of psychological disorders in cases of injury and illness arises from both, fear and avoidance.

The authorized treating physician becomes concerned or suspicious as soon as the patient’s complaints exceed the doctor’s findings.

After several more visits, the doctor becomes concern whether the patient is deliberately exaggerating or whether other factors are causing this excessive response.

At this point, he has two options:
a. Fix what I can and let others deal with it
b. Find out what’s going on so time and money are not wasted

If the patient is deliberately exaggerating, he/she does not want a psychological examination due to fear of being discovered.

The employer/insurer does not want a psychological examination due to fear that some terribly expensive, underlying problem will be discovered.

So the exam is postponed, often for many months.

Importantly, over those many months, much more money is spent on unnecessary and repeatedly nonproductive tests.

Finally, everyone relents, and the patient is examined.

Lo and behold, he/she has marital, sexual, drug, alcohol, legal, financial, and other problems unrelated to the injury.

Everyone is thrilled, including the patient that these are revealed, and the patient is encouraged to seek care at a County mental health agency in their area.

Even with this positive outcome, the process usually remains unchanged, and the next patient is managed the same way.

Two very important findings emerge when a male is injured at work. This shows in both personality testing and in vocational-interest …
Read Blog Post 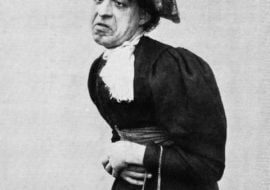