Improprieties and Their Impact

Several years ago, I was part of a panel presenting to a group of doctors and nurses. One member of the audience asked the surgeon on the panel what he does with the psychological aspects of a case.

He basically said “pffft, it is all hocum…unimportant…you fix it surgically and send them packing.”

About three months later, he began referring patients. He found that they did not go back to work regardless of how successful surgery had been. And he also found that many injured workers had great demand for disability ratings, low compliance with physical therapy and increasing demand for narcotics.

Patients and claimants attorneys obstruct psychological examination for fear of what will be revealed: other injuries, pre-existing pathology, criminal history, and/or outright deception.

So…yes, psychological examination is quite often obstructed, but chiefly the justification for the obstruction is based upon urban myth and legend that it will make it more difficult for the patient to find resolution. 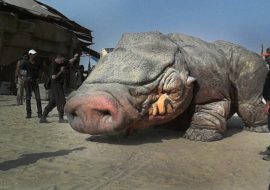 Depression is a physical condition. Often it is triggered by environmental events (e.g. trauma, loss, etc). There is likely …
Read Blog Post