Psychogenic seizures are those that are believed to have a psychological basis.

I saw a patient recently who has had “seizures” since a work related fall from scaffolding. The primary injury was to his hip, but he claims to have been unconscious following the injury and that there was a closed head injury.

In support of his claim, he did sustain a significant scalp laceration in the fall. Due to his complaints, he has been seen by numerous neurologists, neurosurgeons and treated as an inpatient in an out-of-State head injury facility.

All diagnostic tests and all studies have been absolutely normal, yet he continues to have blackouts in doctors’ offices and “about a dozen seizures each day in front of my wife.”

His wife appears quite credible and is certain that he must have some form of brain injury that others are failing to detect. She also notes that he cannot remember recent or distant events and cannot concentrate nor make decisions.

She has left her career for General Motors in order to dutifully sit beside him all day, every day, to be there as the seizures occur. The husband does not want to “settle” his case since he will need “lifelong care.”

In my office, in the absence of his wife, he had no seizures. He provided a meticulous history from childhood to the present.

Are these (unconscious) “hysterical” seizures? Is this (conscious) malingering (i.e. faking).

Actually, it is unlikely to be either. It is most likely a (consciously created to keep him in the patient role) factitious disorder.

But why did it occur?

Well, here is where no one seemed to probe his history very deeply. It appears that several years ago his wife was having an affair with a man who drove a waste management truck in their neighborhood.

When he found out, he left her. However, he was then without a home, without their children and put in the unenviable position of having this man have his wife, home and rear his children. And he would likely be required to pay some degree of financial support.

How did he solve this? He became “helpless,” and she became guilt laden. Her penance for her infidelity is sitting by his side, awaiting these “seizures” and unable to leave.

He claims that he was never angry at his wife for the affair, but here he is now with complete control over her all day, every day.

Injuries can be consciously and deliberately used to solve problems that would otherwise seem unsolvable.

Clinical Decisions: There are injured workers who appear to languish in care moving from orthopedic care to pain management …
Read Blog Post

In a recent discussion of this topic, it was stated: “The lifetime risk of developing a depressive episode now approaches …
Read Blog Post 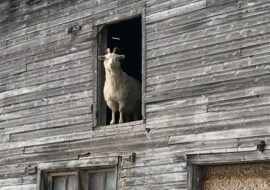