An orthopedic injury does not change someone from a normally functioning adult into a gross disturbed patient with delusions, hallucinations and a range of bizarre symptoms.

The exception would be where the individual_s injury is _outside the range of normal human experiences_ which is what we typically associate with posttraumatic stress disorder in which the injury has been shocking, horrific and of prolonged duration.

However, again, you are correct that a neck, lumbar, knee, shoulder etc injury does not result in truly bizarre psychological symptoms.

When this does occur, and assuming that these symptoms are not under voluntary control, it is likely that the injured worker was fragile (subclinical symptoms) and may have actually chosen his/her line of work to avoid stressors with which they could not deal.

He may have chosen to work in solitude, to do repetitive motion, to do simplified tasks, etc. all to avoid stressors with which he knew he could not cope.

After injury, he/she is thrown into uncontrolled hospital, clinic and office environments, taking mood altering medications, left isolated for days on end, and having an uncertain future.

At that point, all that was contained/controlled begins to come forward, and we see truly bizarre behavior.

We recently had a patient who had been very effective in her work. However, she had never married, had few friends, had many pets, and lived in rural isolation. After injury, she stopped personal hygiene, began to talk to her pets (and insisted that they responded) and developed bizarre beliefs about her condition. Recognizing this, we were able to get her into day programs and have home health visit her until she was mobilized enough to return to work. The symptoms subsided as soon as she had daily activities and human contact.

A patient complains of a range of physical complaints that do not logically follow from her injury. She injured her knee …
Read Blog Post 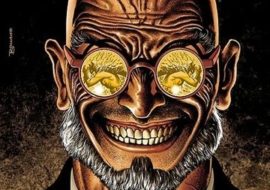 Pre-surg: Patients are often silent because they are overwhelmed by the fear of the impending procedure, do not know how …
Read Blog Post