Depression is associated with chemical changes in the brain; then again so is hunger and a bunch of other biological drives.

If certain neurotransmitters, the chemicals that cause brain cells to talk to each other, are depleted, a person will become depressed.

Now the debate is twofold:
a. Did the depression cause the brain chemistry to change or because of the change in brain chemistry did the person become depressed? The old chicken and egg debate.
b. Secondly, if this is a physical problem, should it be treated with chemicals?

People continue to argue both sides of (a), but unquestionably a change occurs in the brain chemistry.

Does medication alone help these people? Most studies indicate that medication and talking to someone (psychotherapy) is needed.

Here_s a provocative case that I saw this week: A 43 year old man has been disabled from work for three years, and he has been in treatment for 12 years, due to his depression. He states that he has _been on every medication and combination of medications there are, and none seem to be helping._

He then adds _I have no issues; this is a chemical problem in my brain, and I would go to work each day and cry all day long. When I was taken out of work, the crying stopped_oh, and so did my asthma._

I asked him if he were the oldest child, was expected to excel and be more independent than his brothers and whether the youngest brother received more attention and affection from his mother. He tearfully confirmed that this was true, and as a result he had gone further in his career than had his brothers. He added that when he was sick, however, his mother was then very attentive and put less demands upon him.

I then asked him if she were paying him attention now that he was disabled. He again became tearful and said _no, she thinks that this makes me weak._

Obviously, seeing this as a purely biological problem would be a grave error. 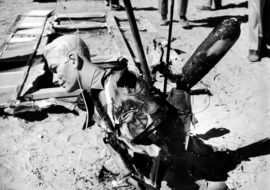 Medication: ”A competent and ethical prescriber must consider two factors at the same time: am I providing pain relief, …
Read Blog Post