The Psychodiagnostic Process July 28, 2011 By Dr. David B. Adams 0 Comments

If you determine than an injured-worker needs psychological care, how does that begin? What do you explore first?

Importantly, the very first thing is to determine whether they perceive that their injuries will preclude them from ever returning to work, at any job, and in any capacity. This must be compared to what their authorized treating physician (ATP) is saying.

If the patient believes that they will return to their job or to _some_ job in the future, then it is imperative that they be asked very early as to _what plans are you making, what training do you have and when do you see that occurring._

I had a case recently that would seem to be quite valid. The man had working in his career for seventeen years, was a good employee and had incurred a serious injury. He had symptoms of PTSD and depression.

However, when asked about his future, he became hostile if not vile, stating that he had no intention of looking at his future until he was certain that he would be retrained, be compensated at a high level for his injury and that everyone involved in the injury would make amends (be sued) and apologize.

Not only were these needs of his not likely to be met, they were not open for negotiation. In his mind, he was a victim, and _everyone is going to pay for this._

Yet, until he was asked about his future (and no one had previously done so), it was not known that this was the underlying agenda.

In an ideal world, patients would tell us the truth and be motivated by nothing more than recovery and return to productivity. …
Read Blog Post 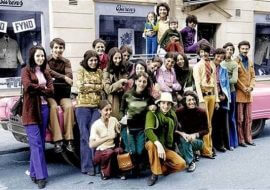 Passive-Dependency: When rearing children, there are a series of critical life stages, but arguably the most important is …
Read Blog Post