A concern has been that when a patient is, for example, orthpoedically MMI, he/she is then referred to a “pain clinic” where a host of procedures are (often repeated) performed, the patient shows no significant improvement but has wound up back in the loop. Like many, I would like there to be an end point where the patient is told that the only alternative is to learn to cope with his/her pain and limitions.

Similarly, much of what “depresses” a patient are problems inherent in the system:
a. Delays in care
b. Needs for authorization
c. Delays in compensation and reimbursement
d. Problems obtaining transportation

Or they are depressed by the normal aftermath of injury:
a. often severe financial plight based upon indebtedness prior to injury
b. emotional upheavel with spouse and children, again often festering prior to injury
c. intensified problems with employer and coworker often due to employer’s anger at the inconvenience of an injury

It is impossible for all of these issues to be resolved by psychological care related to injury.

The goal is to achieve reasonable emotional stability so that the patient can put closure on this event. This should mark the end of care related to injury.

In summary, I personally release a patient: When I am certain that the patient can manage their own situation. This may not correspond to the patient’s insistence that he/she remain in care (the latter is often no more than dependency triggered by inactivity).

For many injured workers, the workers_ compensation system is a morass of confusing requirements and restrictions. Some truly …
Read Blog Post 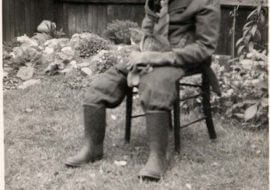 Discarded patients: Several years ago, I passed the threshold of having seen 5,000 injured workers. Most of the patients …
Read Blog Post