I had a patient who did not work until she was 38 years old. She then had ~20 jobs in the next four years; all were brief and there was no career pattern.

She also had a long drug history, is currently drinking heavily, was in two abusive marriages, had two hospitalizations (1+ years) for suicide attempt_and it gets worse from there.

She now has PTSD from a work-related injury.

Did the injury make her worse? Likely it did. But here is the most important part:
_ Treating her emotional problems under workers_ compensation would be doing her a disservice
_ She has bipolar disorder which coexists with, and contributes to, her PTSD. The bipolar disorder would be ignored if she were treated solely for injury related PTSD.
_ She has a clear history suggesting of addictive disorder driven by borderline personality disorder. Neither of these would be addressed under workers_ compensation.
_ Injury related psychological care would be inadequate to deal with her more pressing and potentially self-destructive pre-existing disorders.

In conclusion, treating an injury related psychological problem in patients with pre-existing severe emotional and addictive disorder is not only ineffective, it is unfair to the patient.

When there are data indicating past diagnosed (or even undiagnosed) and significant psychological problems, you must insure that such problems be addressed first and often separately from injury related problems. In doing so, you often find that the injury related _exacerbation_ then is no longer present. 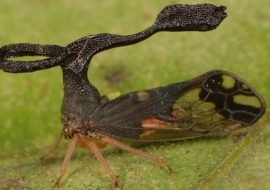 A seemingly inevitable concern…surgery, medication including injections…many will continue in pain… The …
Read Blog Post

A distribution of psychologists who are board certified, become increasingly rare outside of Atlanta. In many of the smaller …
Read Blog Post

An injured worker has the right to expect that whomever he sees is competent and independent. The competent aspect appears …
Read Blog Post