Arguably, one of the highest predictors of poor outcome is alcohol abuse and dependence. This is something that the patient shields and can arise as an attempt to self-medicate for pain, but more often, it is a continuation and increase of an already deeply entrenched and untreated problem.

Recently, I saw a patient who was college educated, working consistently since he got his degree, was single and financially solvent.

However, I determined that he had also drunk heavily every night, without exception, for fourteen years.

This has never directly interfered with work, but it is the factor that has resulted in his having little ambition to do more than the basic tasks of his job (thus, no promotions) and his lack of upward mobility (absent motivation) as well as his being easily fatigued (hung over).

After his work injury, he has, indeed, returned to modified duty, but his emotional investment in his job, coworkers or career is very low. His follow through on orthopedic care is inconsistent. And, expectedly, his request for narcotics is quite high.

The only thing that will help this man is involvement in A.A. He has one advantage: he refers to himself as having _a very bad problem with alcohol_I am really hooked._ However, he has no true motivation to change, and he has no friends and/or family to encourage/force him to do so.

Alcohol for many injured workers becomes an obstacle that is impossible to overcome, and there is little we can do except to document it and accept the limitations it imposes upon recovery.

When a patient complains of one or more (often multiple) physical complaints (eg. weakness, dizziness) for a period of at …
Read Blog Post 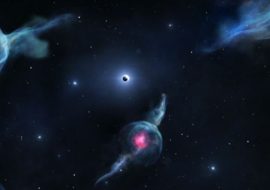 Hypochondriac:  There is a way (an algorithm if you will) that can help you determine who will (and will not) return to …
Read Blog Post