Passive-aggression against an injured worker who is disrespectful or inappreciative does not change their behavior. The techniques communicate your anger and distrust. This approach does places you in a position of control over the claimant, and it will not intimidate the worker into submission.

Unfortunately, such approaches rarely, if ever, work.

Passive-aggression most often results in a backlash. The patient becomes entrenched and begins to misperceive that his symptoms are a means of dealing with his increasing anger.

In science, you must control all variables and then alter just one to measure its effect. Your approach, by contrast, is to alter everything at once and then see what falls out.

However, there is another concern: What if the problem with the patient is his relationship with this physician assigned, or that the patietn is depressed because of the pain, or is fearful because of his financial plight? If any of those are true, then sending his checks late or delaying prescriptions or procedures will only amplify his problems.

Actually, I refer to a psychological exam as _an in vivo mini-functional capacity exam,_ and a side benefit for a Psych-IME. …
Read Blog Post 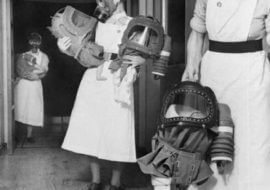 Alexithymia: “A patient and his wife were sitting in front of me. The issue was that he was physically abusing her, …
Read Blog Post