A major progressivemajor depressive episode is often seen in the months following an injury as the patient deals with appreciable losses to income and often to mobility and almost always losses to comfort.

As time passes, most individuals adapt. However, for some, the depression becomes a waxing and waning disorder which we call _dysthymic disorder._ Such individuals can often list the losses that have occurred for them, their fear of the future, their negative expectancies regarding life that is to come and their sense of helplessness to do anything about it.

In all cases, these are treatable conditions. It is critical that symptoms of depressed not be confused with _just one more symptom_ of the injury.

Depression is a common response to injury and readily treated. But very often the symptoms of depression are ignored whereupon they increase and become the central problem in case management.

After all of these years of treating injured workers, I am convinced that the patients routinely tell their authorized treating …
Read Blog Post 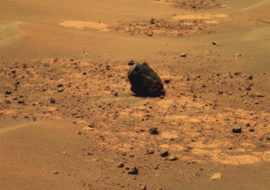 Pre-surgical patients in the psychological domain involves the investigation of the patient’s: a. Understanding b. …
Read Blog Post