In the quest to curb costs, the employer often engages in counterproductive actions such as delaying care, inadequate care, denial of responsibility and minimization of the complaint.

Far too often, the depressed injured worker learns that delayed or inappropriate care has resulted in a chronic condition, and they are told _this could have all been prevented had you seen me earlier, but the (Eg. _nerve damage_) is now permanent.

The injured worker already felt a sense of frustration, fear and helplessness, but with that information, they now feel angry and hopeless. 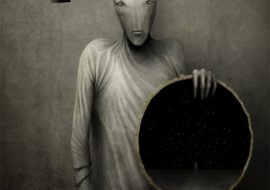