While there may be multiple types of pain, there are only three pain disorders.

Pain disorders are classified as a somatoform (so-mat-o-form) disorder (physical symptoms that suggest a medical condition but are not fully explained by that medical condition for this individual patient). In other words, in somatoform disorder, the complaints of pain are not fully explained by the objective physical findings (Eg. The lack thereof).

I. Pain Disorder Associated With A Medical Condition: The psychological factors play little or no role in the onset or maintenance of the pain.

II. Pain Disorder Associated with Psychological Factors: emotional factors have a major or in the onset, severity, exacerbation or maintenance of the pain. The medical condition plays no role or, at most, a minimal role.

III. Pain Disorder Associated With Both Psychological Factors and A General Medical Condition: emotional factors compete with physical factors and play at least an equal role in the onset, severity, exacerbation or maintenance of the pain complaint._

In disability claims of any kind, the third (III) form of pain disorder is often predominate because the individual may be being financially compensated, there may be litigation, there may be many physicians and drugs involved, and the patient_s role within the family and society has changed.

It is crucial to know with what type of pain disorder you are dealing and how to proceed._

The primary provider should be dispensing and tracking the medication, but quite often he/she will simply state _this is …
Read Blog Post 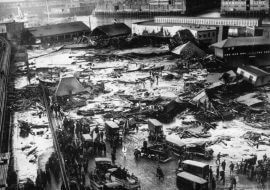 Resentment:  The vast majority of patients that are referred to me “in pain and depressed” have notable anger. …
Read Blog Post