The Psychodiagnostic Process January 4, 2011 By Dr. David B. Adams 0 Comments

A worker lifted a machine part and strained his back at work two weeks ago. His attorney says that he needs care for posttraumatic stress disorder.

This is not a probable clinical diagnosis. There are psychological tests that measure the presence of PTSD, but the least accurate form is to ask the patient whether he/she feels she has the disorder.

In this case, the fatal flaws in the diagnosis arise from two sources:

a. He must have symptoms for at least a month to receive the diagnosis yet was injured only two weeks ago

b. The injury must have involved threatened death or threat to physical integrity and created intense fear, hopelessness or horror.

That would not seem to describe the injury in question.

Someone with true PTSD symptoms spanning at least a month would have recurrent dreams or intrusive thoughts and may respond strongly if exposed to the same setting in which the traumatic setting. Again, this would not appear to apply to your patient.

He would extend appreciable efforts to avoid thinking of the event, show diminished interest in his life, seem detached and/or fail to recall aspects of the injury.

He would also have sleep problems, irritability, and/or problems with concentration. 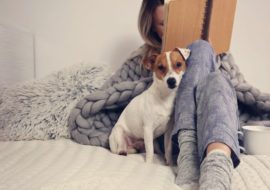 There is no common profile for drug-seeking patients. There are, however, some cases that should trigger suspicion:a. A patient …
Read Blog Post