Repeatedly, I have had cases in which the patient is very dramatic about their symptoms, almost as though performing in front of a camera. They tend to do a large number of inappropriate things_they flirt with staff, they sometimes dress inappropriately, they have rapidly changing mood and anything they are asked about their condition, they immediately take on that symptom.

A pervasive pattern of attention seeking and excessive emotional expression is characteristic of what was once called _hysterical conversion_ but is now referred to as _histrionic personality._

In brief, these individuals are much as you describe:

a. they have strong, dramatically stated opinions, but they have no supporting facts or details. Their reason for their melodramatic statements are vague and diffuse.

b. In the office, they are often inappropriately flirtatious

c. They express a _familiarity_ in interactions that is inappropriate to the relationship (Eg. Hugging staff or making personal references as though this is a close personal relationship when it is not).

d. Their moods are rapidly shifting, shallow and often we feel a combination of being annoyed with them and embarrassed for them. They make us uneasy. And their emotions seem exaggerated and theatrical.

e. They appear to continually crave attention, and

f. They are highly suggestible.

It is the last two elements that are truly critical. If told that they have symptoms _much like__ or which _look like__or are _similar to__ some condition, they behave as though they have that condition and exhibit physical symptoms that represent that condition.

Their symptoms afford them with secondary gain (attention, affection, remuneration, and avoidance of responsibility) and sometimes primary gain (the symptoms, while largely imagined, resolve problems in their lives).

Until you are certain that this is what is occurring, you find that much time is being expended chasing down the patient_s emotional concerns, only to learn that the emotions were brief and shallow. 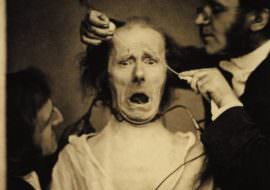 Distortion This Week’s Topic: Hooked There are several behavioral signs which raise a red flag that you should do some …
Read Blog Post

Economic. The State lottery systems have shown us that people without a strong economic understanding can be easily separated …
Read Blog Post