There is a certain list of features that are associated with not returning to work even though physically capable, and they are divided by gender:

1. Females in their mid-to-late 40s who have worked all of their lives due to low family income or single parenthood. They have worked in labor intensive, often repetitive and boring jobs. Their children, for whom they had insufficient time, are now grown, and they have grandchildren. Their income under workers_ compensation provides meets basic needs, and, for the first time, they are able to be homemakers. They can take care of their home, relax, be with grandchildren, and motivation to return to work is largely absent. Most often they do not realize this. They retreat to physical complaints to justify their enjoyment of the secondary gain (freedom, etc). With assistance, they are able to see that their goals in life have changed. While this does not return them to work, it assists them in relinquishing their somatizing (focusing upon bodily complaints to account for their largely unconscious decision that a return to work will entail a loss of this long-wanted lifestyle.

2. Males in their mid-to-late 40s who quit school due to the allure of income when they were teens and the freedom to _not sit behind a desk._ They have worked strenuous, labor intensive, and sometimes high risk semi-skilled work. While they may have valid orthopedic problems resulting from injury, it is the realization of fleeting youth and lack of marketable skills that deters them from considering return to work. When they do consider return to work, it involves often unrealistic fantasies such as gun repair and taxidermy; long held wishes that are in the absence of a true available job market. They are now at home; often their wives are overly attentive. Their grown children provide various forms of support. They have no marketable skills, and they retreat to their physical complaints to cover their lack of future options. Again, with minimal assistance they are able to understand their actions and that options, other than relying upon amplified physical complaints, are needed. 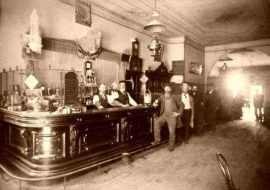 “Anti-depressant Medication Authorization”: “We cannot be certain that the cause of a patient’s …
Read Blog Post

An injured worker who is a refugee from South America, Mexico or Africa, there are often factors influencing recovery that …
Read Blog Post

There are the patients that come to each visit with all xrays, lab reports, MRI results, progress notes, correspondence and …
Read Blog Post