Home » Dr. David B. Adams – Psychological Blog » Obstacles » Too Much Time on Their Hands

Injured workers seem to be initially very aggressive in their compliance and urgency to return to work, but once he/she hits about 9 months post injury, they slow down, and after a year or so, it is difficult to move them forward regardless of injury.

Too much time and too few perceived options are at the core. For the first year, an injured worker may belief that rehabilitation, even with surgery, will be brief. As the bills continue to come in, as the children still have needs, as their mate has to shoulder the financial burden, as their pain continues, they begin to habituate to doing very little with their days.

Initially, they do home exercises and help around the house. Soon, they become discouraged, nap during the day, watch mindless TV, and they remain most often socially isolated. They begin to feel guilty, embittered, enraged, fearful and frustrated.

This is expressed as irritability. It is not discussed with family or friends, and, indeed, friends tend to disappear during times such as these.

The first order of business is to realize that there is a key anniversary response of these patients. When that first year comes around, discouragement will set in. Secondly, the less one does, the less one wants to do. And finally, if someone is not assisting them in mobilizing themselves, they become increasingly sedentary, gain weight, live for their medication which they insist does not help, and insure that their future holds no viable options.

Actually, claims of partial pain relief through smoking have been around since the 1930s; there are some compelling studies …
Read Blog Post 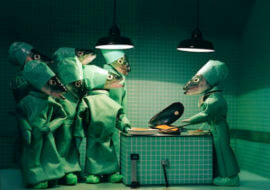 And When Patients Listen

The patients are often do not listen to the surgeon when told what is wrong with their back (and/or neck). They are do not …
Read Blog Post