Home » Dr. David B. Adams – Psychological Blog » The Sociology of Mental Health » Seeing Oneself as a Victim

The Sociology of Mental Health September 20, 2010 By Dr. David B. Adams 0 Comments

Seeing Oneself as a Victim

The victim: Whether it is failing in school, abusing alcohol, gambling away your savings, engaging in numerous extramarital affairs, harming your children or committing suicide, the perpetrator permits the situation to be reworked so that he/she becomes the victim.

We increasingly conceptualize everything in terms of mental illness or mental disorder – a disease process.

With the disease model, we remove responsibility for our behavior. In effect, we say it was our brain chemistry, genetics, medication_or parents, teachers, employers or society that are responsible for the things we do.

I agree that psychology contributes to that image of patient-as-victim. This arose 150 years ago because we did not want those with valid disorders to be persecuted. We wanted abnormal behavior to result in humane treatment.

However, that was then, and this is now. Using the disease model to account for all of human behavior has resulted in people assuming decreased responsibility for their own lives and actions.

Individuals,  attempting to deal with illness and injury, early accept those activities in which they are engaging, those which complicate their recovery including medication misuse-abuse, weight gain, sedentary lifestyle, social isolation, failure to aggressively seek options, dependency upon family and friends, blamefulness and verbal abuse of others, etc .are in fact their own responsibility.

If the patient exclusively entrusts the future to others, and spends available time blaming others of the past events, the probability of a viable future is almost nonexistent.

When a patient is accepted into psychological treatment, the first question from the psychologist must be: _Regardless of all that has happened, what are *you* now willing to do to put your life back together?

The answer to that question will determine case outcome. 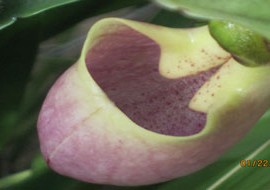 A patient complains of a range of physical complaints that do not logically follow from her injury. She injured her knee …
Read Blog Post

A patient could/should be provided with ten simple truths and cautions that others may never have told them: 1. Do not use …
Read Blog Post