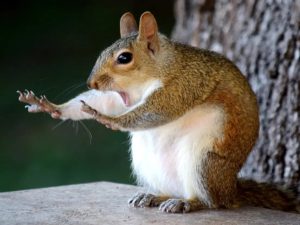 Oxycontin: Let me summarize an article by Dr. Stephen G. Gelfand, rheumatologist. It is lengthy but very well worth taking time to read this summary:

A serious medical and social problem today is under intense media, law enforcement, and regulatory scrutiny: the misuse and abuse of OxyContin (oxycodone) for chronic nonmalignant pain. In addition to recent Drug Enforcement Agency (DEA) autopsy findings of nearly 300 OxyContin overdose deaths nationally since January 2000, a large volume of patients with chronic nonmalignant pain have become dependent or addicted as a result of legitimate prescriptions written for OxyContin, as well as other opioids.

In a recent case, the DEA suspended physician narcotic licenses and closed a South Carolina pain clinic for the excessive prescribing of OxyContin, although the physicians involved believed they were following current established standards.

How did this situation occur? In the first place, certain narcotic guidelines have(not been followed). These include the recommendations on the importance of psychological and substance abuse evaluations and the requirement for consultation with or referral to an expert for comorbid (mental) disorders.

These are common omissions, particularly in rural environments, where the OxyContin problem first originated, and in which psychosocial factors receive less attention, resulting in fewer numbers of referrals to mental health providers. Even before OxyContin came on the market, however, another opioid, hydrocodone, was one of the most widely abused drugs, particularly in rural areas of the South.

Contributing to this situation has been an attempt to expand the indications for opioid therapy to the entire spectrum of chronic pain, regardless of cause.

Thus, the indications for opioid therapy have been extended to this large group closely associated with a wide range of psychological distress_ These vulnerable patients are especially at risk for the dangers of opioid therapy, especially in rural regions where insufficient attention is given to pain-generating and amplifying psychosocial factors_

Consequently, as cited above, a number of pain clinics have formed for the primary reason of prescribing analgesics, especially opioids, while at the same time frequently downplaying or disregarding nonpharmacologic approaches, including psychological testing and management necessary for a large number of the chronic pain population.

In the last several years, OxyContin abuse has spread and reached epidemic proportions.

The types of chronic pain for which opioids were originally intended are caused by pathological processes in tissues or organs from diseases such as cancer or intractable nerve or joint damage. In these conditions, the drugs combine with opioid receptors on nerve cell bodies in the brain and spinal cord that connect to and attenuate the electrical activity of these afferent nerve pathways stimulated by peripheral tissue lesions.

In other common types of chronic pain, similar structural abnormalities in peripheral tissues are not present; instead, pain is produced and intensified by central brain mechanisms, including emotions_

Because opioids may have mood-elevating or altering effects, particularly in individuals with chronic pain and psychic distress (conscious or subconscious), these drugs may facilitate psychological dependence by their action on central affective nerve networks, as opposed to the peripheral afferent nerve pathways of tissue damage or destruction in patients with malignant pain. This central action may also occur in vulnerable patients with nonstructural low back pain and tension headache.

The lessons of OxyContin could serve to strengthen the importance of good clinical judgment and the need to evaluate each patient in context. Pain should not be treated in isolation without understanding of its roots, just as fever mandates a search for causes. Diagnosis and care should be individualized and involve clinical psychology stress management, health education, and physical and/or occupational therapy.

OxyContin will show that a “one drug fits all” orientation to chronic pain is a risky practice with many pitfalls. In the public interest, more attention must be paid to proper patient selection rather than to marketing ploys intended to increase drug sales. 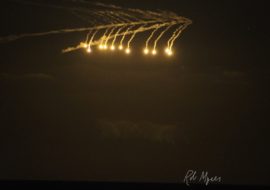 The Misdiagnosis of PTSD

Misdiagnosis: PTSD can be over-diagnosed and also inaccurately/inappropriately diagnosed. It is arguably one of the most …
Read Blog Post 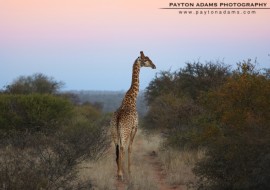 The Timing of Intervention There is a slowing of the recovery process near the time of settlement. Patients express …
Read Blog Post

Distrustful, suspicious, frightened and uninformed can be complex factors when treating an injured worker. The patient spends …
Read Blog Post